Pavel Vabishchevich (in common – Chupacabra) tells us a little about the history of the red parts of his bicycle.

During travel we always acquire memories and emotions, but sometimes it’s more than that – we get something tangible and real. This is exactly what happened on my trip to Japan in 2014. 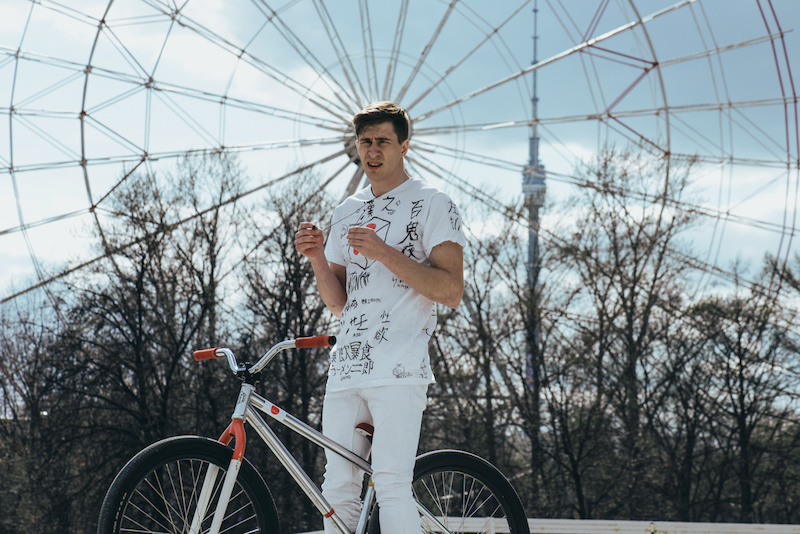 When I returned home to Moscow, there was a Japanese number sticker on my frame, mainly used to prevent bicycle theft. 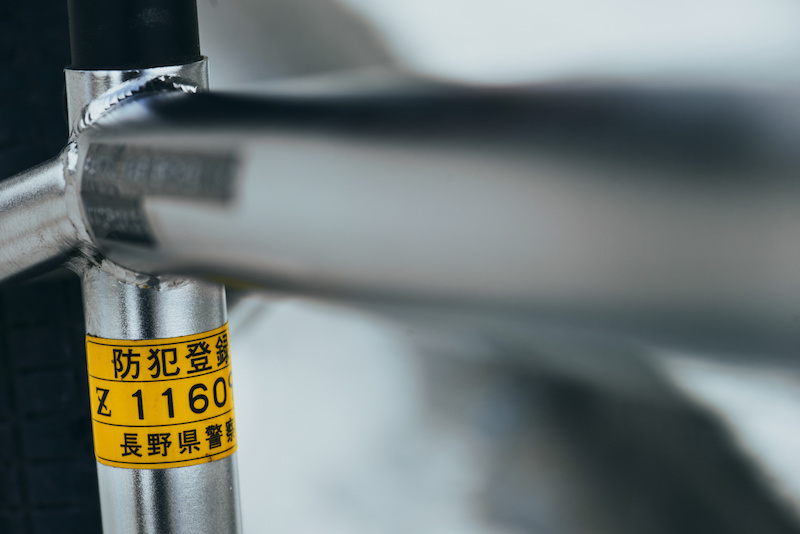 If I remember correctly, it is mandatory to have this sticker in major cities. Those responsible for pasting are the owners of bicycle shops and they must also register each number with some sort of government organization. Although Nagano, where I was most of the time, is not that tall, Keita, an owner of a local bike shop, decided to record my ride for the lulz. I guess I see the long faces of the workers trying to read my last name, which is not verbal in Japanese. 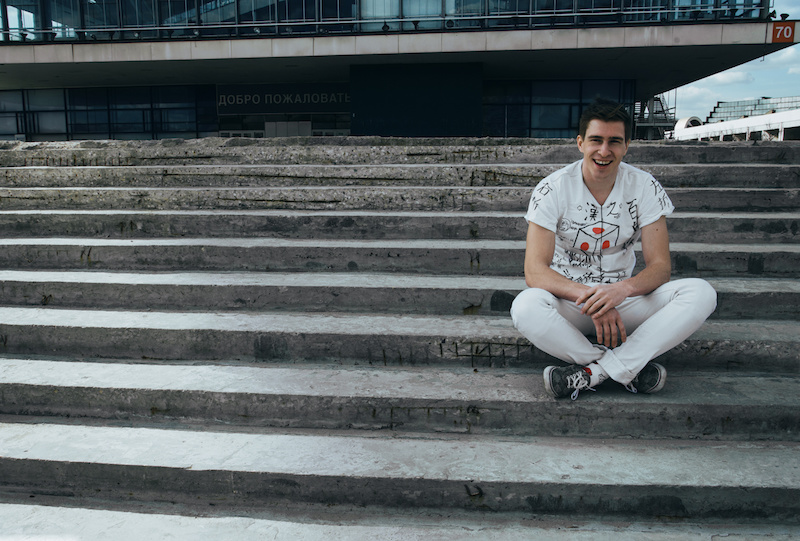 So that’s the first reason why I styled the bike this way. Second, and I think the main reason, came from a totally different side. Recently I got a new PS Street v.2 meat fork, which replaced the old and shabby first generation of the test series. The fork was good in all aspects except one – the acid yellow color was out of line on my bike. While my aesthetic sense had been violated, I decided to repaint it and acted out using grinder and spray cans. 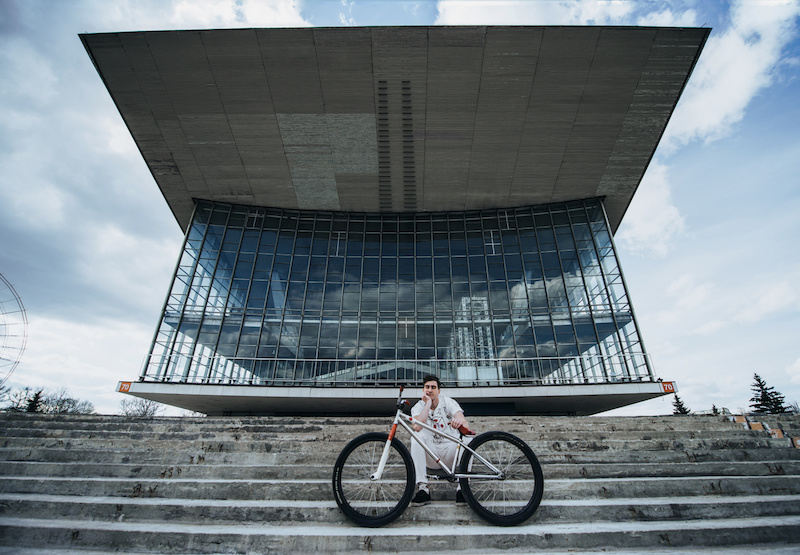 And as you can see, I painted it in the colors of the Japanese flags. There was also a Japanese flag sticker on my frame for a long time – all the more reason for all the hassle. 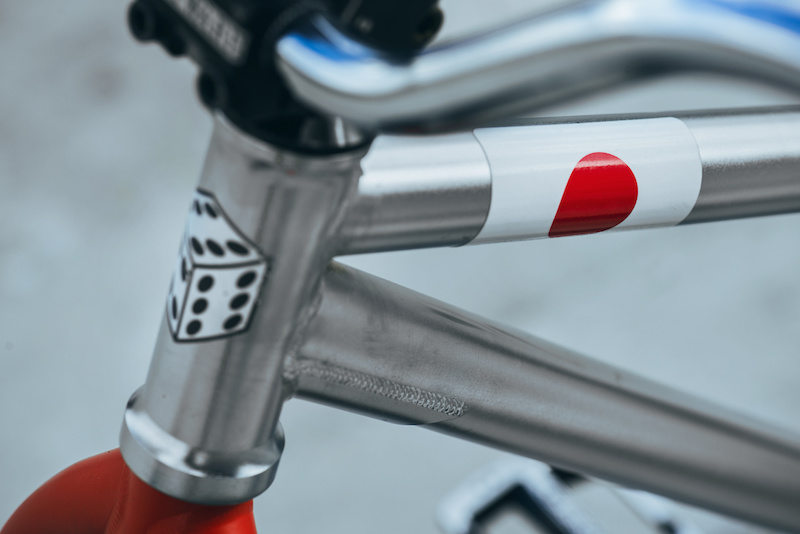 On top of that, I thought I should add some red elements to my bike and did it as cheaply as possible. I replaced the old tattered handles with red Odyssey cufflinks – left them lying around for about a year in my box of spare parts. I replaced the saddle with red-white Gordo Mutantbikes and tied red insulating tape. Red beer cap hanging on, because I love beer. 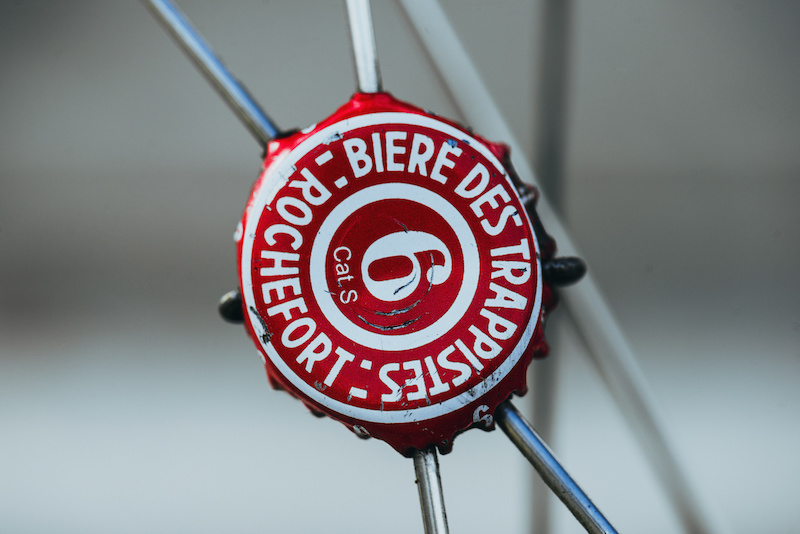 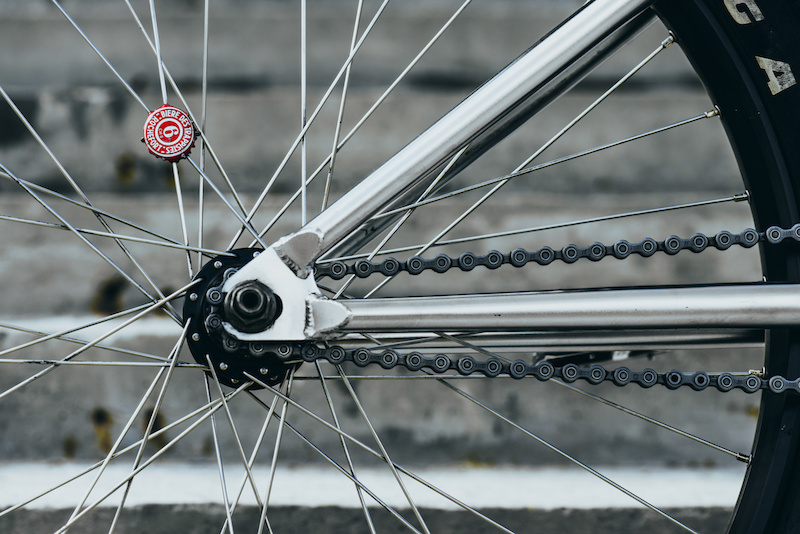 As a bonus, I got a special T-shirt, which has been signed all over by my friends in Japan (thank you, fiction!), And it complements the bike check theme nicely. 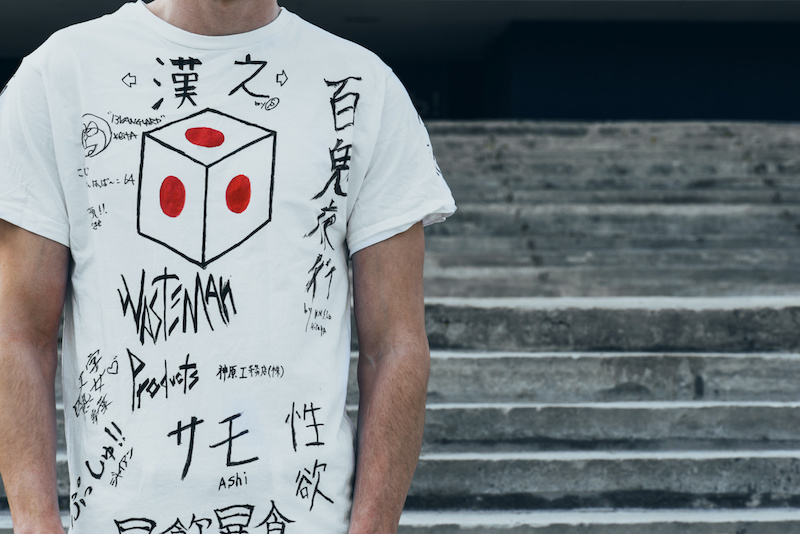 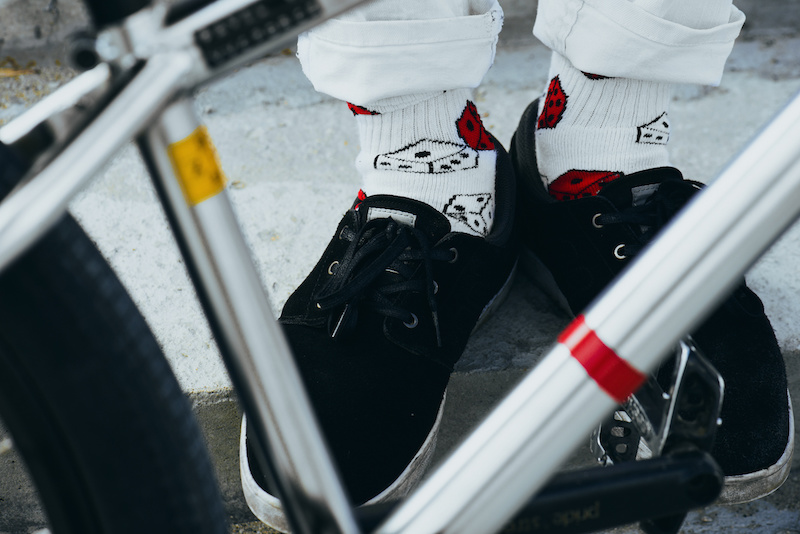 I guess tech enthusiasts won’t be excited about my ride, but it won’t be a bike control without specs. 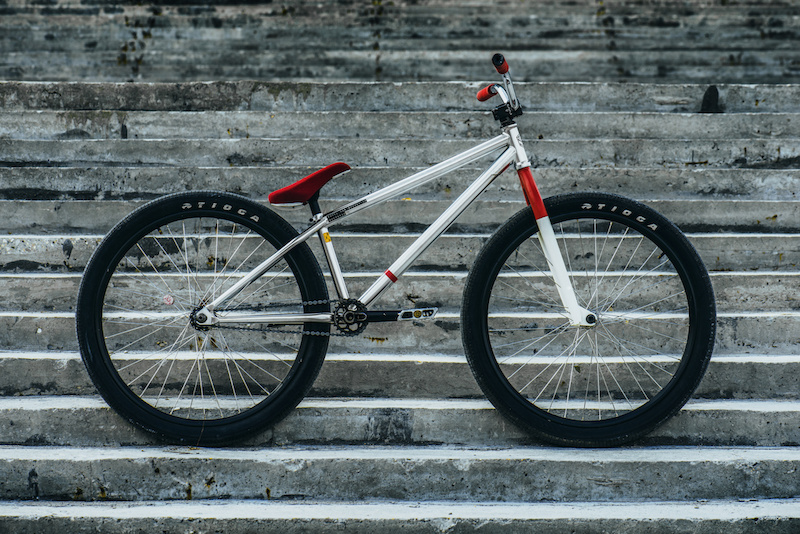 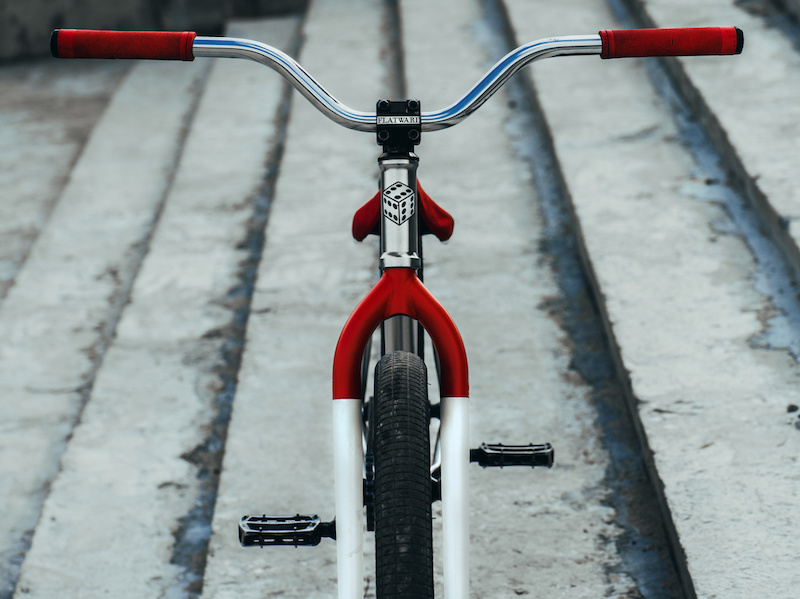 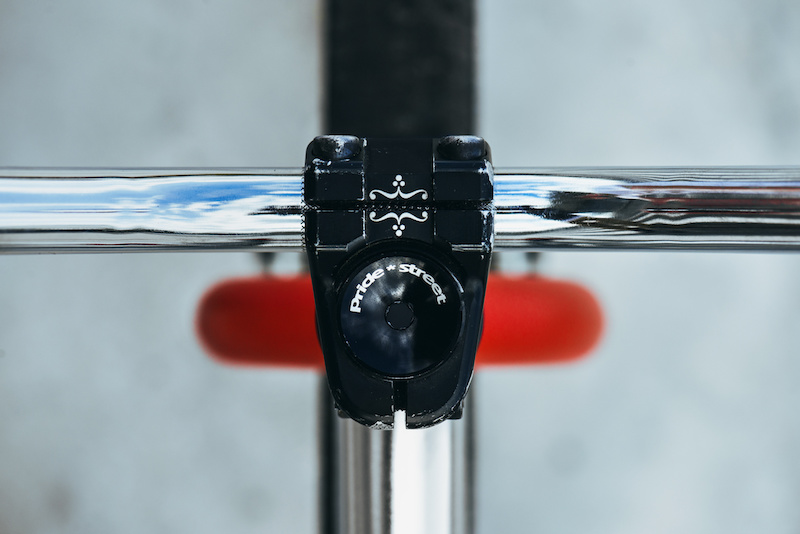 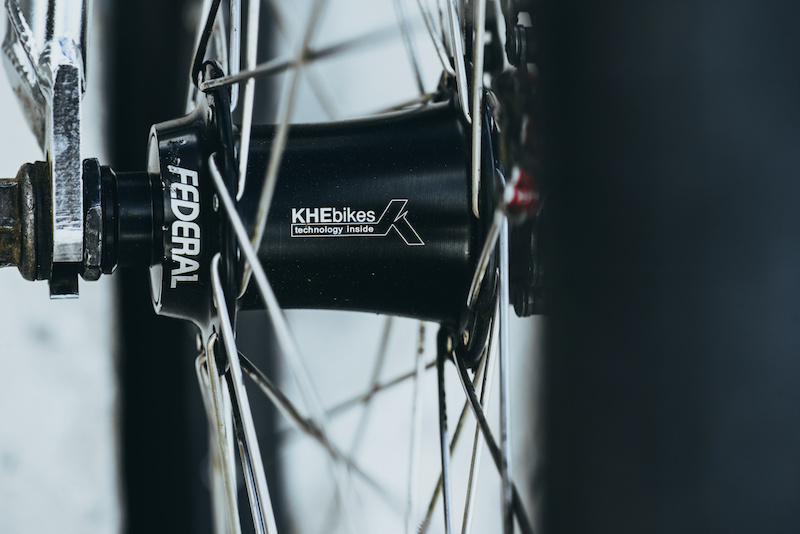 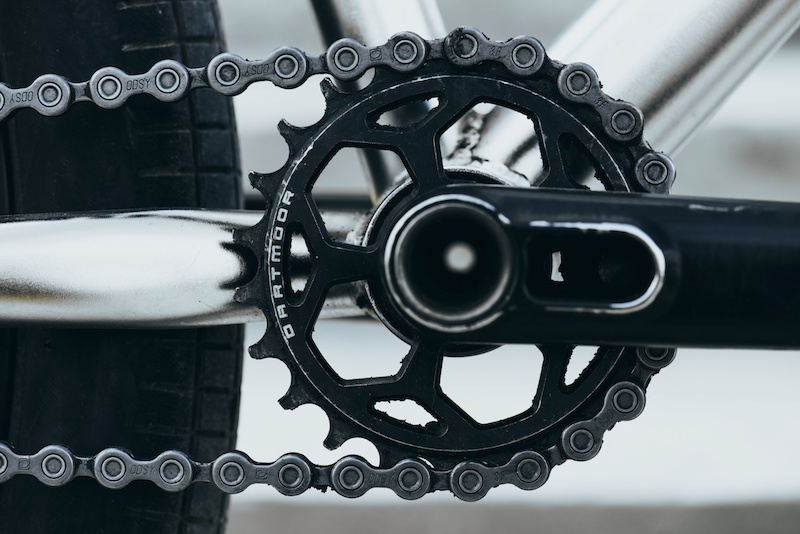 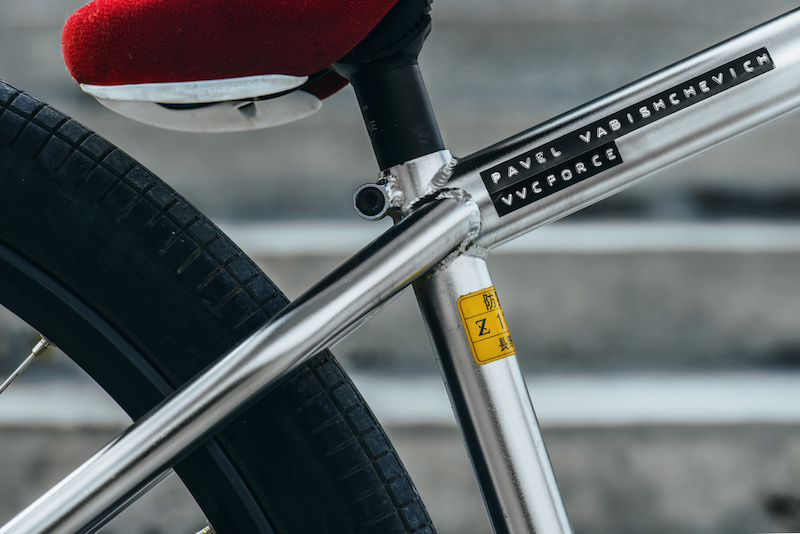 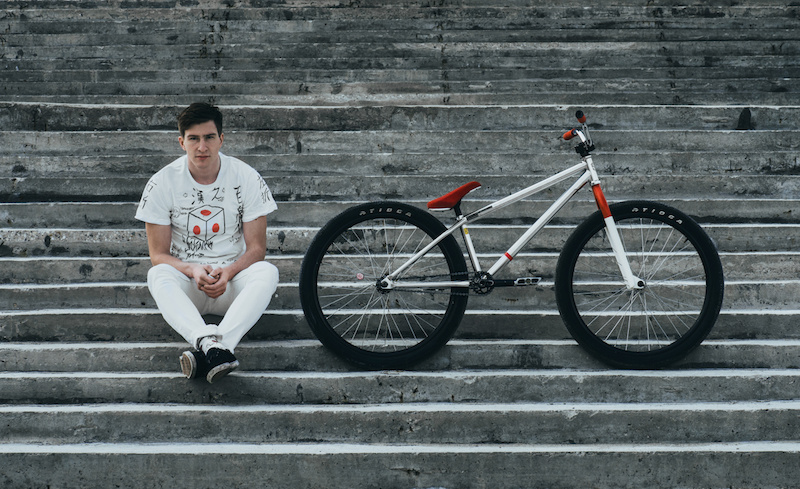 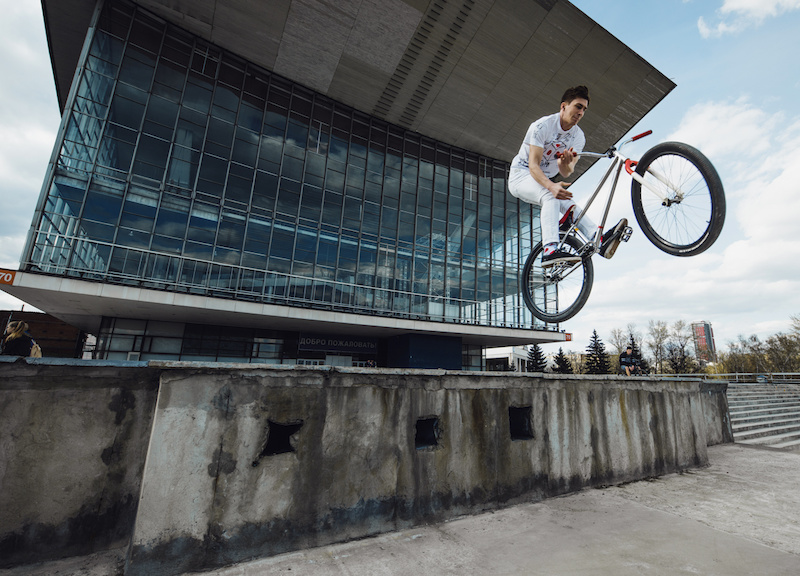 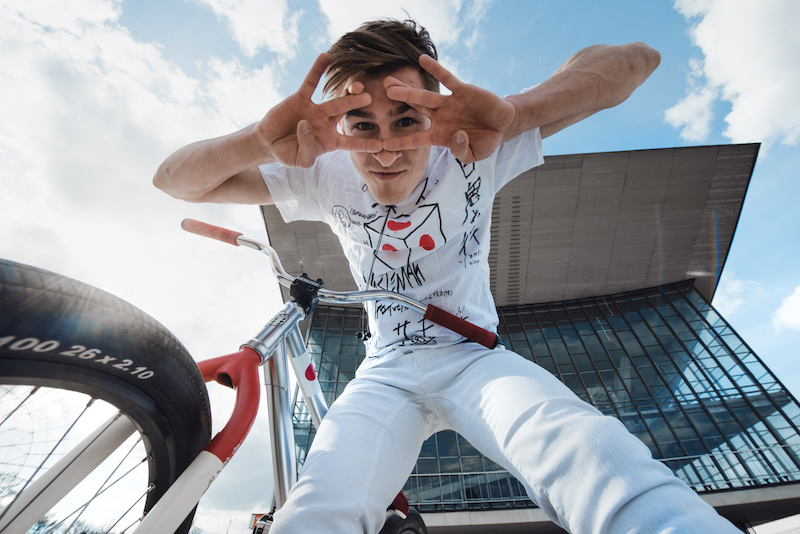